Continuous performance from 1818 to the present day

Here is a list of performances last season: September 2021 to July 2022

In its earliest years, at its public performances, HCS usually performed a ‘selection’ of choruses chiefly from Handel oratorios. The chorus mainly had to sing from memory, printed scores of choral music being scarce and very expensive for the average working man or woman.

Solos were sung by members of the choir. This is how one of the HCS sopranos, Mrs Sunderland, began her remarkable professional career as an acclaimed soloist, to be later awarded the title of ‘the Queen of Song’ by Queen Victoria after she sang in Buckingham Palace with other members of HCS.

Audiences were small, with both performers and listeners paying a subscription to attend quite frequent performances, typically held in the assembly rooms of the Talbot Inn in the old Woolshops, Halifax.

The HCS had its own amateur orchestra, made up of local musicians, including the founder, William Priestley. He hand-wrote the programmes until printed programmes (known as a Book of Words) were introduced in 1822. He also copied out the musicians’ parts by hand, until musical scores became much more widely available, as the number of societies like HCS gradually increased and flourished across the UK.

It is significant that Monday remains the night on which HCS meets to sing, a tradition that links the present day with the earliest days of the choir and its first performance.

Messiah has been performed every year since our earliest days; a tradition we intend to continue. We even squeezed in a performance of Messiah at the start of March 2020 - just before all live music performance stopped. Another annual event is our much-loved Carols and Brass concert. This is a more recent tradition - only stretching back to 1964!

Scroll down to see the covers of some of our recent "Books of Words". 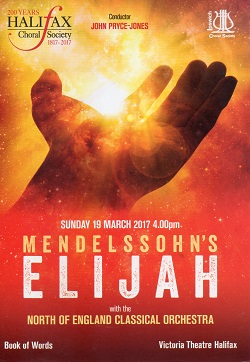 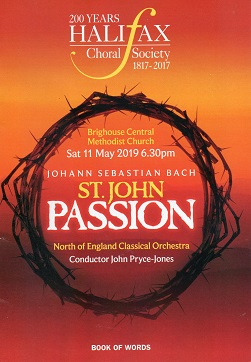 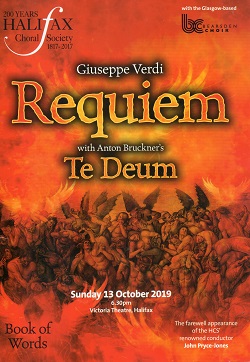 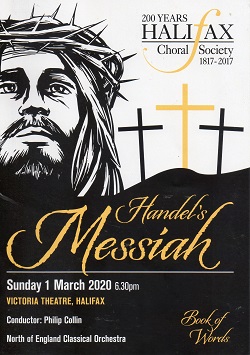 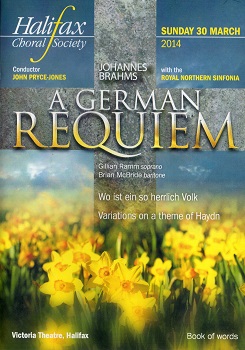 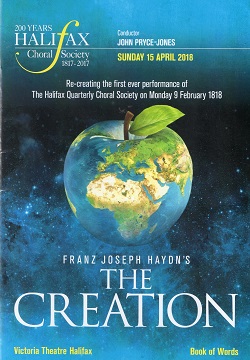